The exhibit and the layout

The exhibit and the Museum’s layout were designed during the early nineteen-seventies and were the work of two especially authoritative women in their respective scientific and professional fields: Elsa Fubini and Cini Boeri.

The exhibit
Elsa Fubini (1909-2003) of Turin, a researcher at the Gramsci Institute of Rome, who with Sergio Caprioglio edited the 1965 Einaudi edition of Lettere dal carcere, used scientific discipline to create for the House Museum’s visitors a full-fledged conceptual map of Antonio Gramsci’s life and political commitment.
The exhibit shows a selection of Gramsci’s things, along with archive documents, photographs, letters and newspaper articles, to document the most important moments of his life in chronological order.

The exhibit is mounted in the three rooms on the first floor of the House Museum that used to be the Gramsci family’s bedrooms.

The documents and objects are arranged according to thematic or historic criteria in 9 showcases:
1. We must stop his brain from functioning for twenty years
2. From the cell in Turi, near Bari
3. The Sardinian language
4. Ghilarza, the area and the problems of emancipating Sardinian society.
5. Turin, the university, the working class
6. From L’Ordine Nuovo to L’Unità
7. Dictatorship and arrest
8. Death
9. After Gramsci.
The first two showcases are located in Room 6 of the House Museum, and the other seven are in Room 7.
In a third room (Room 8) a bedroom is arranged with some of the family’s furniture in order to give the visitor a sense of his domestic life and authentic family affection

Due to her intense research and passionate work for the House Museum, the City of Ghilarza awarded Elsa Fubini honorary citizenship in 1986, which was delivered to her by art critic and former mayor of Rome Giulio Carlo Argan, during the celebrations of the 49th anniversary of Gramsci’s death.

The exhibit incorporates and is enlivened by a multimedia archive providing the oral accounts of more than forty men and women who knew Antonio Gramsci when he was actively working, or in  his political struggles and in his human relationships. These include Teresina Gramsci Paulesu, Sandro Pertini, Umberto Terracini, Luigi Longo, Ignazio Silone and Lelio Basso.
These statements were collected by Gramsci’s niece, Mimma Paulesu Quercioli as part of the preparations of the Museum: so that the house does not become a museum in which the message to visitors is entrusted exclusively to documents, objects and iconographic material, we are seeking something more immediate and alive.

The layout of the Museum
The Museum’s layout is the work of Milan architect and designer Cini Boeri (1924), who organised the areas of the house to serve a dual function: the first floor was to be dedicated to the exhibit area proper, the ground floor as a meeting place and reception area during official commemorations. 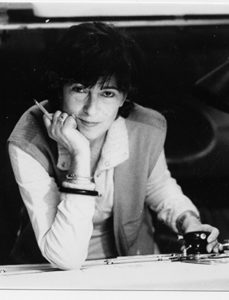 Cini Boeri designed the exhibit showcases in wood and glass shown in Rooms 6 and 7, and the curved plexiglass wall at the entrance to the room where the bedroom is arranged (Room 8), as if to protect its intimacy. She also created the whole-wall panels with the photographic reproduction of Antonio Gramsci’s letter to his mother on May 10, 1928, on the ground floor in Room 1, and the giant poster with the picture of the prison cell in Turi, Bari (where Gramsci was confined from 19 July 1928 to 19 November 1933), located on the first floor in Room 6.

The preparations were done in a way that had the least impact on the environment and took care not to disturb the evocative atmosphere and near-sacredness of the place. As she recalls, I always entered Gramsci’s house in silence […] I limited myself to putting the finishing touches on the rooms, creating the showcases out of glass to protect the objects.

Cini Boeri’s work brought her to Ghilarza many times and let her get to know the people living in the middle of Sardinia, people quite different from those near the coastal tourist centres: simple people, hospitable, very proud. It also allowed her to meet Emilio Lussu.