1891 – He was born on January 22 in Ales (Cagliari, now Oristano), to Francesco, a civil servant at the Registry Office of Ghilarza, and Giuseppina Marcias. He was the fourth of seven children (Gennaro, Grazietta, Emma, Antonio, Mario, Teresina and Carlo). 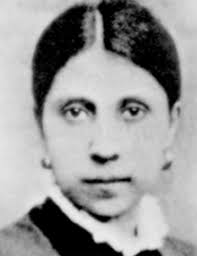 1894 – He attended a kindergarten run by the nuns of Sorgono.

1895 – A physical deformity due to Pott’s disease began to appear, which the family attributed to a presumed fall from a servant’s arms.

1898 – His father was arrested for alleged administrative abuse. His mother and the children moved to Ghilarza.

1903 – He attended elementary school, earning the highest scores in all subjects. Because of his family’s difficult financial conditions, he interrupted his studies and worked for two years at the Tax Office and the Land Registry of Ghilarza.

1904 – His father was released from prison and returned to Ghilarza.

1905 – In autumn, he registered for the lower secondary school at the Carta-Meloni Institute of Santu Lussurgiu. 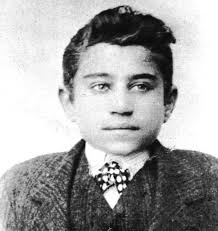 1908 – He obtained his diploma at Oristano and registered at the upper-level secondary Dettòri School of Cagliari. He shared a room with his older brother Gennaro and came in touch with the youth circles of the Socialist Movement.

1911 – After completing his secondary school education, he won a scholarship to the Carlo Alberto College of Turin for disadvantaged students from the old provinces of the Kingdom of Sardinia. On November 16, he enrolled in the Faculty of Letters to study Modern Philology at the University of Turin.

1913 – He registered for the Turin Section of the PSI [Italian Socialist Party].

1915 – He interrupted his university studies and focused on journalism, intensifying his relationship with the Socialist movement. In December, he was hired by the editorial office of Avanti! He worked on the weekly Il Grido del Popolo.

1917 – In September, he took over the temporary executive direction of the Socialist Section of Turin, and directed Il Grido del Popolo until December.

1920 – In May, he attended a meeting of Amadeo Bordiga’s abstentionist Communist group in Florence. He participated in the factory occupation movement. In November, he took part in the Imola conference, where he officially joined the Communist subgroup of the PSI.

1921 – On January 1, the first issue of L’Ordine Nuovo came out, under his direction. He attended the XVII PSI Conference in Livorno (January 15-21), where the Italian Communist Party (PCI) was founded. He joined the central committee of the PCI.

1922 – At the second PCI conference (March 20-24), he was chosen to represent the party in the Communist International (Comintern) Executive Committee. In May, he went to Moscow and participated in the second conference of the enlarged Executive Committee of the Comintern. Because of his health problems, he was admitted to the Serebryany Bor nursing home, where he met Eugenia Schucht, who was a patient there, and in September her sister Giulia. He participated in the fourth conference of the Comintern (5 November – 5 December). On October 2, he had a conversation with Lenin. 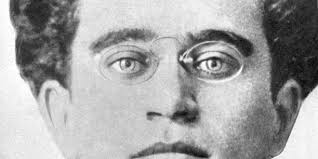 1923 – Barred from returning to Italy because of the warrant issued for his arrest, he remained in Moscow. In December, he went to Vienna, assigned by the Comintern with the task of maintaining a connection between the Italian party and the European Communist parties.

1924 – On February 12, the first issue of L’Unità comes out in Milan. The third series of L’Ordine Nuovo, a fortnightly, began to be published in Rome. Elected as a deputy for Veneto in the political elections of April 6, he returned to Italy in May. He joined the Executive Committee of the PCI and moved to Rome. In August, he was elected Secretary of the Party. On August 10, Giulia gave birth to their first child, Delio, in Moscow.

1925 – In February, he met Tatiana Schucht, Giulia’s older sister, in Rome. Between March and April, he returned to Moscow and participated in the preparatory activities for the enlarged Fifth Executive Committee of the Comintern. In autumn, Giulia and Delio joined him in Rome.

1926 – At the third PCI conference (Lyons, 20-26 January) he presented a report on the general political situation. Giulia returned to Moscow, where Giuliano was born on August 30. On November 8, following the enactment of ‘exceptional’ laws, he was arrested and imprisoned at Regina Coeli. He was assigned to police custody in Ustica, where he moved on December 7. 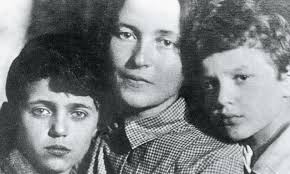 1927 – On January 14, the military tribunal of Milan issued a warrant for his capture. On January 20, he was taken to the San Vittore prison in Milan. The hard life of prison had an impact on his health; his sister-in-law Tatiana nursed him.

1928 – On May 28, a proceeding against him and the managing group of the PCI began in Rome, at a special court for the defence of the state. On June 4, he was sentenced to 20 years, 4 months and 5 days of imprisonment. Because of his serious health conditions, he was sent to the penal institution for the physically and mentally handicapped in Turi.

1929 – In January, he received permission to write, and on February 8 he began his first notebook.

1932 – Following amnesty measures and remission for the tenth anniversary of the March on Rome, his sentence was reduced to 12 years and 4 months. He began drafting the special notebooks. On December 30, his mother died in Ghilarza.

1933 – After his illness worsened, on November 19 he left the penal institution in Turi. Later, he was admitted to a private hospital in Formia. In October, he forwarded a request for conditional release, which was granted.

1935 – After a new health crisis, he was taken to the Quisisana clinic in Rome. He permanently interrupted his writing in the Notebooks.

1937 – Having just regained full freedom, on April 25 he was struck by a cerebral haemorrhage. He died two days later. His sister-in-law Tatiana saved the Notebooks and his books. His ashes, initially sent to the Verano cemetery, were to be buried in the Non-Catholic Cemetery of Rome.