In the surroundings of Ghilarza the territory is rich of interesting sites, such as: Nuraghe Losa, Santa Cristina and the Thermal Baths of Fordongianus. 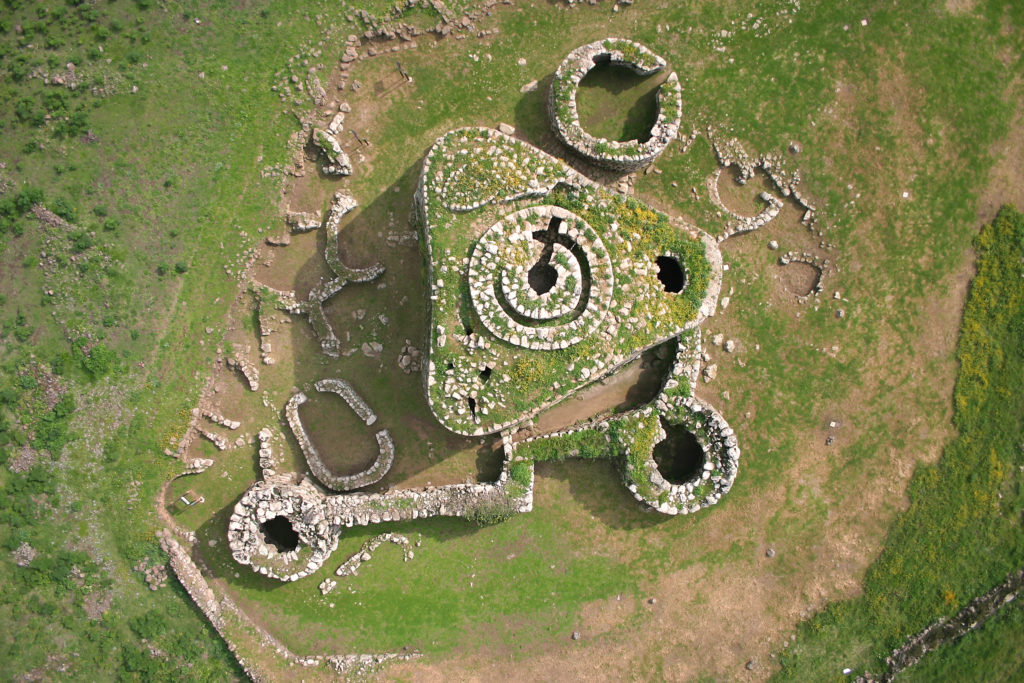 Nuraghe Losa is situated in the countryside of Abbasanta, close to Ghilarza. It is easy to reach from the State Road 131, between the kilometres 123 and 124. You will find it on the right arriving from Sassari and on the left arriving from Cagliari.
Walking through a path, you will get one of the best preserved and important monuments of the nuragic architecture thanks to its organic design, compact size and refined building techniques.
Nuraghe Losa dates back to the middle of the Bronze Era (XV-XIV century b.C.) and it was built in basalt stones, typical of the area. It is composed by a central fortified tower and three additional towers protected by two stone surrounding walls.
Inside the surrounding walls there are the ruins of a big nuragic village with circular huts that were built after the nuraghe from the Latest Bronze Era (XIII century b.C.) and it was inhabited until the Late Iron Era (VII century b.C.).
The village was abandoned for many centuries, then it was inhabited again in the Punic Era (IV century b.C.) and also inhabited during the Roman Era until the VII century a.D. This is proved by basalt urns of the Imperial period located near the entrance of the archaeological area.
The site was excavated from the end of the Nineteenth century until the end of the Twentieth Century. 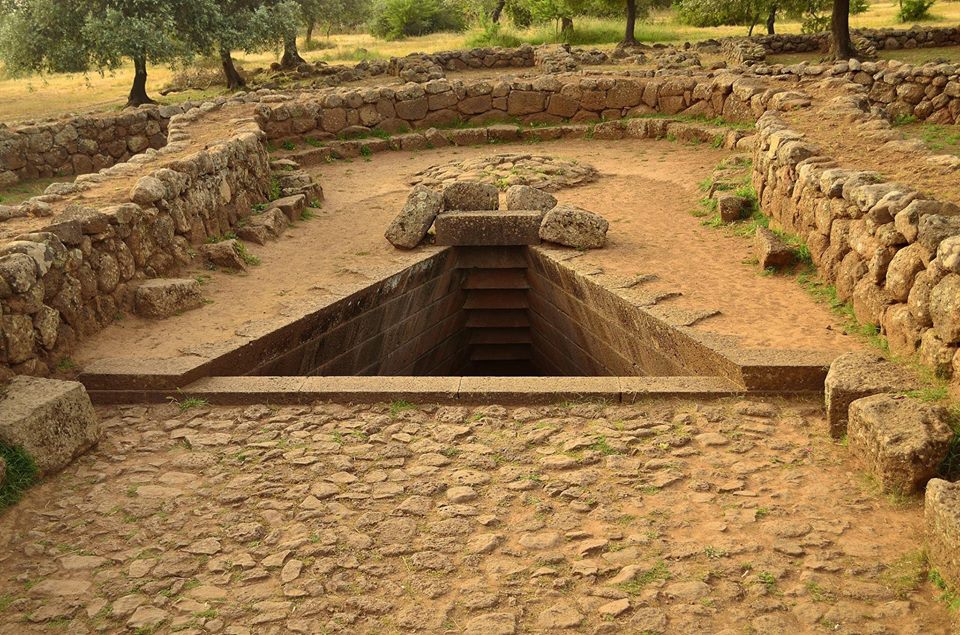 Santa Cristina is a nuragic sanctuary located in the territory of Paulilatino. It is distant almost ten kilometres from Ghilarza and it is reached from the State Road 131, which connects Sassari and Cagliari, at the crossroad on the kilometre 114,300 and it is signaled by road signs.
The site is known especially for the nuragic well temple with staircase and tholos vault, built in smooth basalt stones and positioned with mathematical precision. It is considered the most representative well temple in Sardinia for its refined building techniques.
It dates back to the XI-IXth centuries b.C. and it is surrounded by a wall that marked the elliptical sacred enclosure. A long descending staircase reaches inside the well, where the water is still present.
The archaeological area is divided into two nucleuses. The first hosts the well temple, the so-called meeting hut, well-preserved with circular seats and enclosure and some smaller huts. The other consists of a single-towered nuraghe and housing units of various eras.
The site includes also a modern sacred area, composed of a small rural church, consecrated to Santa Cristina and built by the Camaldolesi around the XIIIth century, and about thirty little houses, called muristenes, used to accommodate the pilgrims during the nine days of religious and civil celebrations for the saint, commemorated on the second Sunday of May.
In the centre of Paulilatino, in the archaeological section of the Archeological- Ethnographic Museum “Palazzo Atzori”, housed in an eighteenth-nineteenth century manor house, it is possible to see evidences from the excavations in the nuragic complex of Santa Cristina. The museum includes also various objects of ethnographic interest that witness the rural life of the territory. Of peculiar interest is the “room of the bread”.

The Thermal Baths Forum Traiani are located in Fordongianus, situated on the left bank of the Tirso Valley, easy to reach from Oristano travelling the Provincial Road 55 in the direction of Silì and continuing through the State Road 388 in the direction of Simaxis and Ollastra. From the centre of the village the Route of the Thermal Baths takes you directly to the archaeological area.
The thermal site is one of the most important in Sardinia, located around the urban site of Forum Traiani (from which the name Fordongianus comes), and built during the middle-imperial era by the Emperor Traiano as a trading centre between the villages of the hinterland and the Romanized peoples living in the area of the Gulf of Oristano. At the beginning of the IVth century a.D. it became probably municipium.

The site of the thermal baths (the ancient Aquae Ypsitanae) exploited the waters which still today spring from the ground at a temperature of 54 C°. It consists of two structures that date back to different periods. The most ancient, from the Ist century a.D. but used also later, is characterized by natatio, a large swimming pool used for therapeutic baths.
The thermal structure of the IIIrd century a.D., located behind the older one and connected to it through a small staircase, is of the classical type and it included the frigidarium, tepidarium e calidarium, difference spaces in which people could take cold, tepid or hot baths.
Recently for the use of the thermal baths, a specific establishment and a hotel have been built.